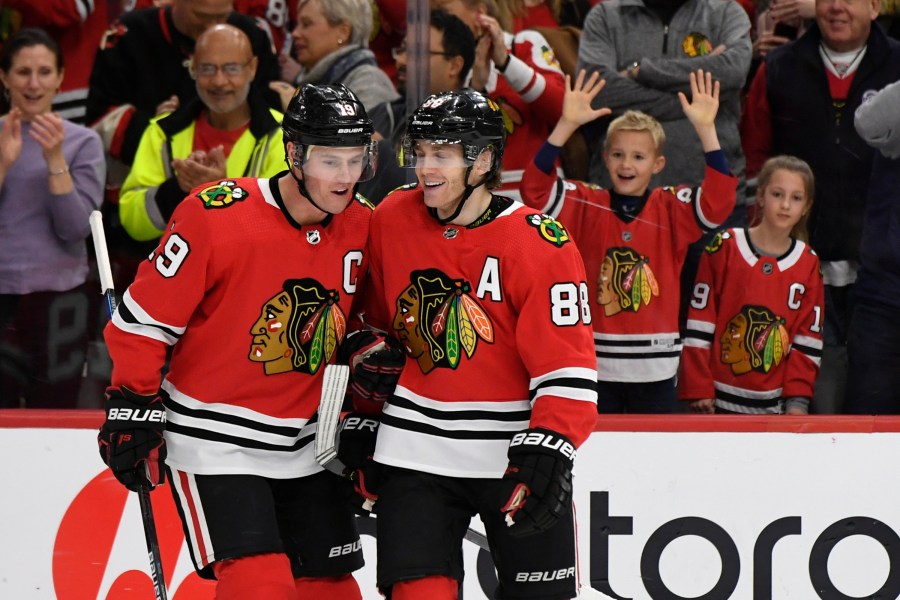 CHICAGO – Stepping up to the microphone on Thursday afternoon at the start of his 16th National Hockey League training camp, the nine-time All-Star and 2016 MVP tried to lighten the room at his first news conference of 2022.

“Anything new?” asked Kane jokingly to the assembled media at Fifth Third Arena.

Of course, he knows the answer to that question and anyone who even follows the Blackhawks casually knows that, too. Change is the second most used word around the team this year with rebuild being the first as general manager Kyle Davidson begins to shape a new era of the franchise.

That leaves just two holdovers from the last decadewhen the team enjoyed its greatest on-ice era their near century long existence. Kane and captain Jonathan Toews are the ones that will be at the head of this team, helping to shape the future of the Blackhawks at the expense of the present.

Each player is entering the last year of his contract, and based off their comments on Thursday, they’re committed to doing what they have to in order to start the rebuild right.

“To be honest with you there really hasn’t been much discussion about anything, even with my agent or my parents or my family. It’s not anything we’ve really discussed,” said Kane when asked if he’s in a “wait-and-see” mode with the team when it comes to his future. “I think we all know the situation. I play and what could potentially happen. But it’s not really anything I’m thinking about as of yet.

“We’ll just kinda see how everything plays out and hopefully we can get off to a good start here and prove some people wrong. I know a lot of people are counting this team out and what we can do, but I think we have a lot of motivated players and motivated coaching staff as well.”

Kane will play his 16th season in the NFL this season while Toews will start his 15 campaign, having missed the 2021 season with an illness. The captain, like his teammate, said that he wasn’t too concerned with trying to move, keeping his focus on the season in front of him.

“I don’t think it’s gotten to that point or even close to it over the summer. I don’t think it will for quite some time this season,” said Toews. “The thought for myself personally has always been to kinda keep trudging forward and getting better and, as I’ve kinda mentioned numerous times last year, it’s kinda to start sound like a broken record, but obviously I was working through a lot of stuff trying to get healthy and feel better and play at the pace, at the ability that I know I can.

“So I think that this summer has been about that, too, and I think that it’s one thing at a time as a lot of people were wondering and love to speculate and see what’s going to happen. I’m coming in here and fully excited to just play hockey and not have any expectation, not be too concerned with what happens for me down the road this season and even beyond that.

Whether it stays that way is to be determined, but just like the dynasty years, Kane and Toews will be ready to go as the team starts a rebuild.