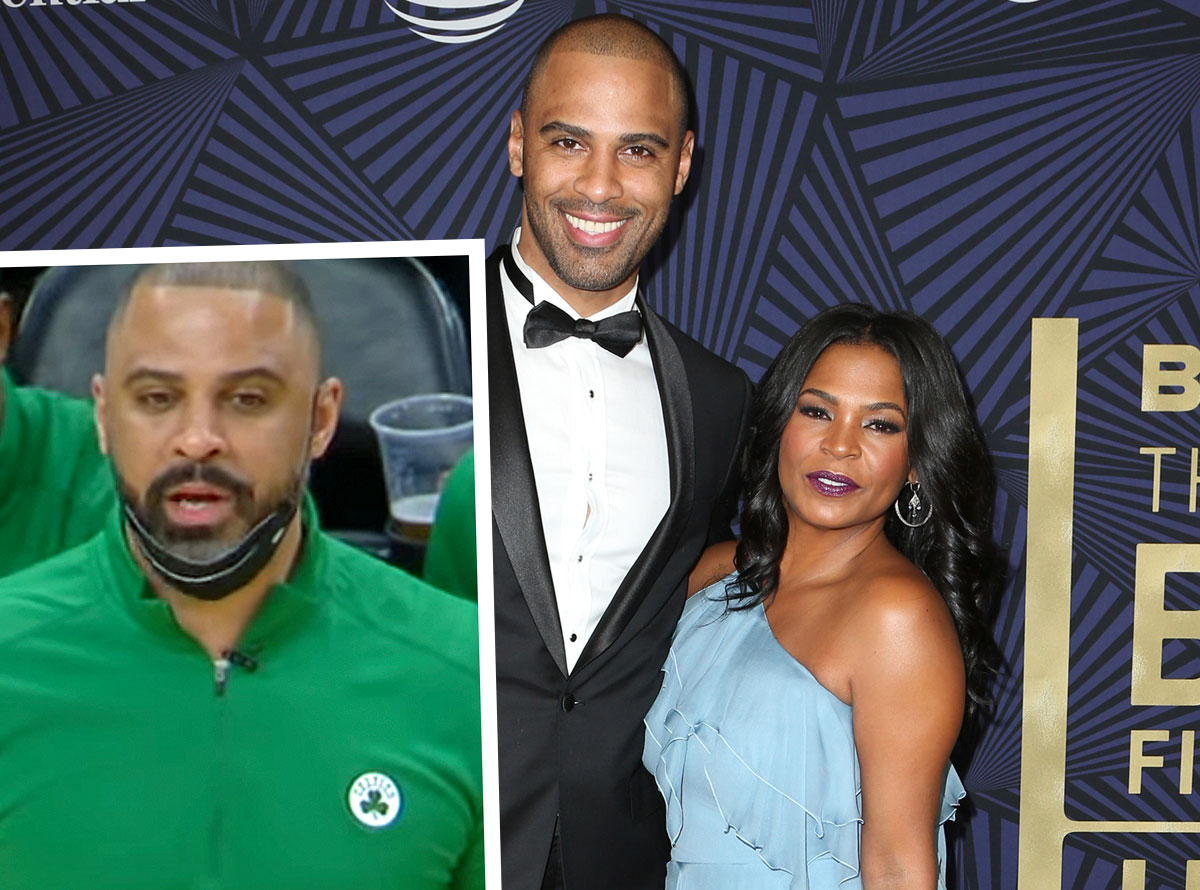 Oof. It’s been a tough week for relationships!

Monday kicked things off with Adam Levine’s affair allegations, and now the week is concluding with a similar scandal over in the NBA world! And it all impacts beloved Hollywood actress Nia Long! Noooo! On Thursday, the Boston Celtics released a shocking statement announcing the immediate suspension of their head coach Ime Udoka after they learned of his reportedly consensual relationship with a woman on the team’s staff. Oh s**t!

“The Boston Celtics announced today that the team has suspended Head Coach Ime Udoka for the 2022-23 season for violations of team policies. A decision about his future with the Celtics beyond this season will be made at a later date. The suspension takes effect immediately.”

Ime was only hired in the position last June, so the fact that he’s out for the next season (which begins in mid-October) is wild! According to ESPN, which was first to report on the scandal, the relationship violated team policies. But it also violated the man’s engagement!

The coach has been in a long-term relationship with the Best Man star since they met in 2010. While they’ve never gotten married, they have been engaged since 2015 and share a 10-year-old son, Kez Sunday. Nia’s also mom to 21-year-old son Massai Zhivago Dorsey II with actor Massai Z. Dorsey. The disgraced pro quickly put out a statement which was shared online by ESPN’s Malika Andrews on Thursday, saying:

“I want to apologize to our players, fans, the entire Celtics organization, and my family for letting them down. I am sorry for putting the team in this difficult situation, and I accept the team’s decision. Out of respect for everyone involved, I will have no further comment.”

Meanwhile, Nia is rightfully distraught and blindsided by the news, especially because her significant other has been displaying some SUPER slimy behavior lately! According to TMZ on Friday, Ime knew the Celtics had caught on to his affair months ago — and he still didn’t come clean to his fiancée. Sources told the outlet Nia and their son Kez officially moved to Boston just two weeks ago and the couple was house hunting. But this whole time, Ime was well aware his affair was about to blow up!

Insiders revealed the coach knew the team was launching an investigation into his behavior all the way back in July! Yeesh! So shady of him! Just as bad, he only told Nia a few days ago, when he realized the news was about to break publicly. He had sooo long to mentally prepare, he could have at least given Nia the same courtesy — but that’s probably asking too much of someone reported to be a cheater.

Related: Johnny Depp IS Dating One Of His Lawyers — & She’s Married!

As you can imagine, the internet has now sided with the actress! Ever since the bombshell suspension announcement, the site’s been filled with love and support for the Fresh Prince of Bel-Air alum. Take a look:

“#ImeUdoka is corny AF. The audacity to be so messy and embarrass the Queen like this. #NiaLong is such a GEM and doesn’t deserve to be apart of this f**kery.”

“Adam Levine cheated on his Model wife. Shakira was the victim of Gerard Pique‘s infidelity. Ime Udoka has since cheated on Nia Long. No matter how stunning or great their wives and children are, if a man wants to cheat, he will. #nialong”

“I feel badly for #NiaLong ’cause her business is all out in the street, but it must feel good to realize you’re universally loved by masses ready to fight that man for you.”

LOLz! There’s one silver lining to this devastating mess! The Big Momma’s House lead is definitely feeling the love! Nia broke her silence on the controversy on Friday, telling TMZ via her rep Shannon Barr:

“The outpouring of love and support from family, friends and the community during this difficult time means so much to me. I ask that my privacy be respected as I process the recent events. Above all, I am a mother and will continue to focus on my children.”

It’s unclear what Nia and Ime’s next steps will be, but we feel for her! This sucks! Reactions, Perezcious readers?! Can you believe Ime got suspended for his affair? And that no one gave Nia a heads up?? So many people had to have known…

[Image via NBA on ESPN/YouTube & FayesVision/WENN]