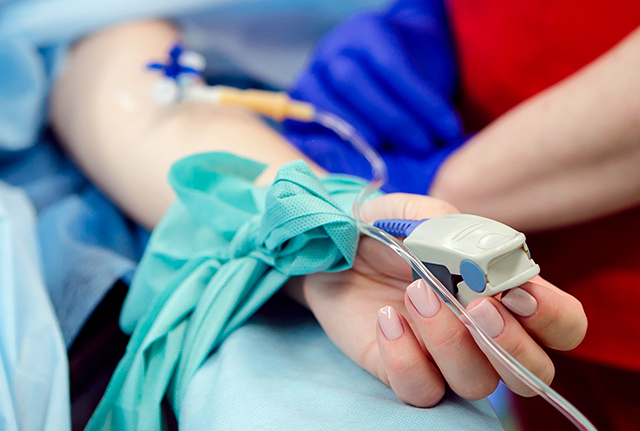 Demand for psychiatric beds has outstripped supply nationwide. “Every day is an emergency,” one hospital executive declared during the early months of the COVID-19 pandemic. Yet nothing happens fast in Minnesota.

When days count, state approval for health care investment is only months away. The process, called a “public interest review,” is designed to move slow. Recent deliberations for a psychiatric hospital in St. Paul provide one example.

Minneapolis-based Fairview Health Services and a joint venture partner from Tennessee filed a statement of intent to build the $62 million facility in November 2021. More than 10 months later, the Minnesota Health Department gave the investors permission to spend their money.

This was the expedited version. Normally, public interest reviews are just preliminary. Health officials then must forward their recommendations to the state Legislature for another round of debate and final vote. Yet lawmakers waived their oversight authority in June – just this once –because of the crisis.

Everyone else who wants to open or expand a hospital, psychiatric facility or radiation therapy center must navigate the full bureaucratic maze. The reason is a moratorium that has strictly limited health care growth in Minnesota since 1984. The default answer for any hospital investment group that wants to pour money into the state is “no.”

All exceptions require state approval on a case-by-case basis, but government gatekeepers do not work alone. They invite health care incumbents to weigh in, providing testimony against would-be competitors.

The intent of the moratorium is to prevent oversupply of hospital beds, but the reality is economic protectionism. Established health care providers essentially gain access to an exclusive club closed to outsiders.

Membership has its privileges. If the state took a similar approach in other industries, McDonald’s could stop mom-and-pop burger joints from opening nearby. The Home Depot could block small hardware stores. And Lifetime Fitness could shoo away new centers.

The result in health care is less innovation, less consumer choice and less employee mobility for doctors and nurses. Patients must let state regulators, not entrepreneurs with fresh ideas, determine need in their communities.

Many potential investors simply stay away. Since 2004, when public interest reviews first became available, only 10 would-be providers have attempted the exception process – and three withdrew their applications before the Health Department issued its recommendations.

Unfortunately, Minnesota is not alone. Overall, 38 states and Washington, D.C. operate similar regulatory regimes, commonly called “certificate of need” (CON) programs. Defenders of the scheme claim it is necessary to maintain balance. But the COVID-19 pandemic shows the true score.

“Conning the Competition,” a report from our public interest law firm, the Institute for Justice, finds that 24 states and Washington, D.C., quickly suspended their CON and moratoria requirements when infections began to spread, allowing health care providers to respond more quickly to the crisis. Washington state and Connecticut extended the deregulation period for mental health services.

If top-down control was actually necessary, then the case for CONs and moratoria would grow stronger, not weaker, during difficult times.

Texas, California and 10 other states without CONs or moratoria provide additional evidence. Most recently, New Hampshire fully repealed its CON requirements in 2016. If the oversight was crucial to maintain balance in health care, then these markets would have felt the strain long ago.

The opposite happened instead. At the start of the pandemic, states without CONs or moratoria had more hospitals and surgery centers per capita, along with more hospital beds, dialysis clinics, and hospice care facilities. Pandemic responses were not perfect in these states, but neither were they demonstrably worse than in places with tighter controls.

At best, CON and moratoria regimes provide no benefit. They raise market barriers without raising quality, lowering prices or increasing access. At worst, CONs and moratoria do harm. The long delay for a much-need psychiatric hospital – when every day is an emergency – is just one example.

A hospital moratorium might have seemed like a good idea in 1984, but the COVID-19 pandemic and decades of real-world evidence have exposed the lie. State lawmakers should respond by putting Minnesota’s moratorium to bed.

MinnPost’s in-depth, independent news is free for all to access — no paywall or subscriptions. Will you help us keep it this way by supporting our nonprofit newsroom with a tax-deductible donation today?

Want to add your voice?

If you’re interested in joining the discussion, add your voice to the Comment section below — or consider writing a letter or a longer-form Community Voices commentary. (For more information about Community Voices, see our Submission Guidelines.)