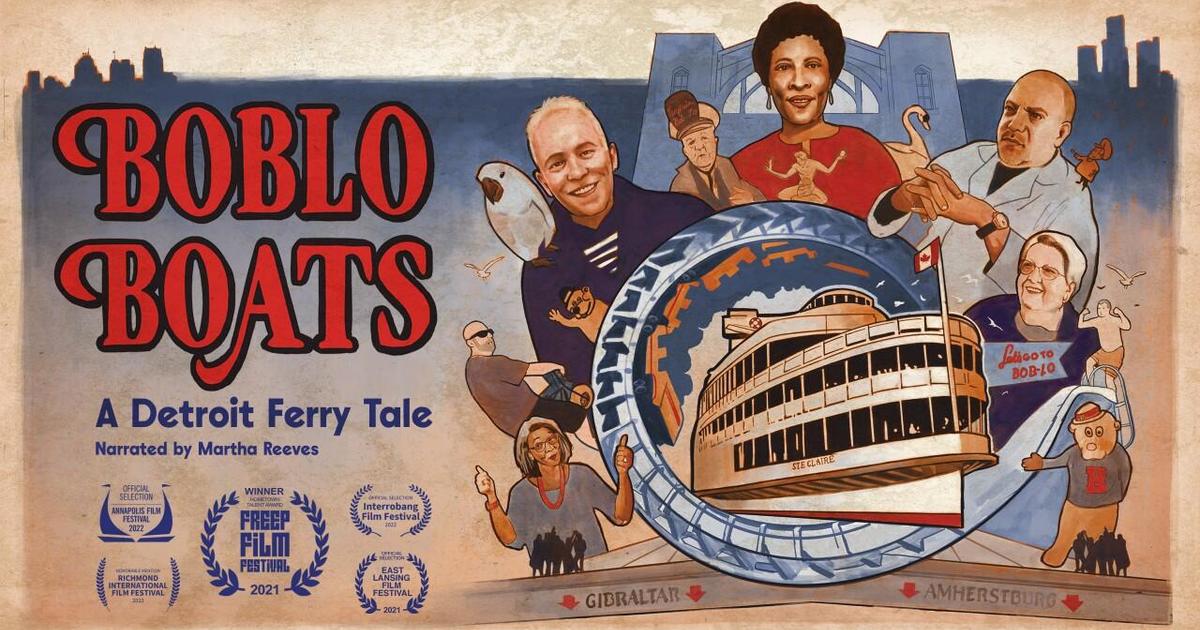 SOUTHFIELD (CW50) – In the 85-plus years that Boblo Boats were transporting passengers from Detroit to Boblo Island, did you ever take the trip?

Boblo Island was an amusement park in the waters between the U.S. and Canada, and the SS Columbia and SS Ste. Claire were the passenger ferries that served as travel to the park. The operations ended in 1993.

‘Boblo Boats: A Detroit Ferry Tale’ is a new documentary, created by Aaron Shillinger, that tell the tale of Dr. Ron Kattoo, who is on a mission to restore the SS Ste. Claire to its former glory. The documentary is narrated by Detroit Legend Martha Reeves.

The film also shines a light on the forgotten civil rights pioneer, Sarah E. Ray, a 24-year-old student who was denied a seat on the SS Columbia and refused to back down from her fight for integration. Her case went all the way to the U.S. Supreme Court, where NAACP lawyer Thurgood Marshall represented Ray and won the case.

Aaron Shillinger, writer, director and editor of “Boblo Boats: A Detroit Ferry Tale,” joins Jackie Paige on Community Connect to discuss the films purpose and how he found an interest in covering this historic story.

“Boblo Boats: A Detroit Ferry Tale” is playing in 20-plus theaters across the Great Lakes region. Find showtimes at BobloBoatsFilm.com/screenings.

Learn more about the story and the others involved at BobloBoatsFilm.com.