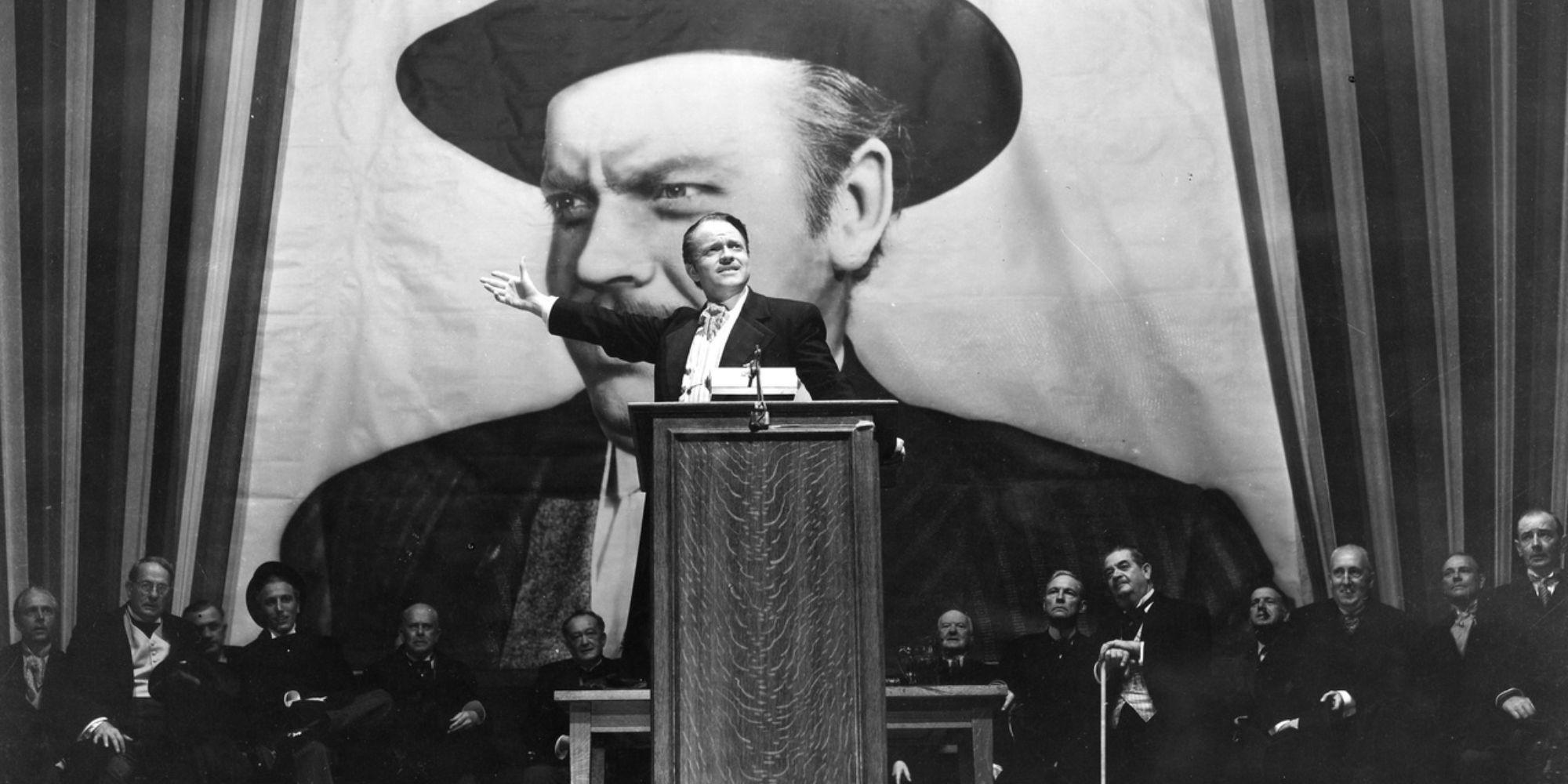 The passage of time can drastically alter the way a movie is watched. If a film is particularly effective, it may still be equally impactful to different generations, such as classic horror films that remain genuinely scary. At the end of the day, however, it’s more likely than not that a film has more potential to alarm or excite those who are around to see its initial release, compared to future generations decades later.

RELATED: Controversial Comedies: 6 Funny Flicks Which Could Not Be Made Today (And 6 Which Would Thrive)

This is also demonstrated when it comes to films that were once considered shocking or even controversial. Standards and tastes change over time, and viewers who see a film some years after its release may not find themselves nearly as alarmed as those who saw it upon release. The following 10 films all caused some degree of controversy upon release, but for whatever reason are not considered controversial (or as controversial) nowadays. Some may still have the power to shock or even disturb present-day viewers, but none to the extent that they might’ve done when they first came out.

One of the defining horror movies of all time, Psycho might well be Alfred Hitchcock’s most famous film and stands as one of the most influential movies in the horror genre. It shocked audiences when first released, thanks to two unprecedented (for the time) plot twists, bloodier violence than what audiences were used to, and the entirety of its iconic – even racy – shower scene.

Thanks to becoming so popular, most new viewers are likely to know about the film’s most shocking moments before they even watch it. Even if they go in blind, the level of violence isn’t so graphic anymore, and the murderer’s identity will probably seem obvious from the start. It’s still an entertaining, well-made thrill ride, but unfortunately won’t be as earth-shattering for contemporary viewers.

Freaks does contain a great deal more shock value than most horror films released during the 1930s. It’s possible some viewers could go into it today expecting something more typical of a Universal Monsters movie and come away surprised because of Freaks’ darker tone, and more grounded horror that isn’t tied to science-fiction or fantasy.

The film is about a group of circus performers who are social outcasts due to their physical appearances, and what happens when a pair of “normal” performers try to steal from the titular “freaks.” It was too traumatizing for viewers in 1932, which led to Freaks being cast into obscurity for several decades, wherein it was rediscovered and praised as a cult film, being appropriately scary (not too much so) for viewers born after well its initial release.

One of Martin Scorsese’s best-known films that doesn’t center on criminals, The Last Temptation of Christ was based on a controversial novel that aimed to show a different side of Jesus Christ; one not exactly explored in the Bible.

While it caused a stir at the time because it wasn’t accurate to the more well-known Bible story – and perhaps because it aimed to show Jesus as human, and someone who truly wrestled with temptation from the Devil – time has been kinder to it. The controversy has since died down, and it’s now appreciated for its ambitious, empathetically told story, as well as for standing out among other religious-themed epics.

Natural Born Killers does still pack something of a punch, it should be noted. It’s an intentionally loud and in-your-face movie about two young lovers who go on a violent killing spree, only to find that they become celebrated by the media and the public for their crimes, instead of being condemned.

The film’s style and some of its violence may remain confronting, but there have been more violent crime films made in the almost 30 years since its release. Additionally, the idea of criminals becoming cult heroes doesn’t seem as preposterous or alarming nowadays, meaning that if it had been released in the 2020s, it’s unlikely that it would’ve been quite as controversial as it was in 1994.

The drama surrounding The Interview’s release is remarkably recent, given the film’s release was only eight years ago. It was, however, a large-scale news story that burned out pretty quickly, and potential future viewers who aren’t old enough to remember 2014 might be surprised to learn of its history.

Essentially, it’s an action-comedy about two men who get wrapped up in a plot to assassinate Kim Jong-un, the dictator of North Korea. With threats from North Korea itself about things that might happen if the film was released theatrically, it ended up being pulled from most theaters, and there was fear of genuine international conflict brought about because of the film’s story. Thankfully, things never spiraled that far out of control, making the controversy around The Interview short-lived (yet incredibly unique).

La Dolce Vita was a forward-thinking, ahead of its time kind of movie, which did lead to it creating a stir upon release. The film follows a morally dubious journalist through a series of misadventures in Rome, using its various plotlines and characters to comment on – and critique – topics like wealth, fame, and the media.

The scenes that were meant to be risqué or shocking may have felt that way in 1960, but depictions of sex in cinema have come a long way, meaning La Dolce Vita shouldn’t alarm most present-day viewers. Also, the idea of a protagonist having questionable values and doing non-heroic things is less surprising nowadays, thanks to the popularity of anti-heroes (particularly in the TV world).

Quentin Tarantino gave the heist film a shot in the arm with Reservoir Dogs, putting a unique spin on the sub-genre by having some fairly graphic violence, an infamous torture scene, and featuring a central heist that happened entirely off-screen.

For those factors – plus the fact that it was Tarantino’s feature film debut – Reservoir Dogs caused quite a stir upon its release, 30 years ago. Since then, however, Tarantino has gone on to make films that are both more shocking and bloodier, and with other crime film directors aiming to replicate Tarantino’s style, his debut no longer feels quite as surprising or shocking.

Film fans still passionately debate the merits and flaws of Joker to this day, but not nearly to the same extent they might’ve back in 2019. The dark take on the origin story of Batman’s most iconic foe had plenty of fans and detractors, as well as journalists who feared the movie might be dangerous.

Thankfully, the real-world crimes that some feared Joker would inspire never seemed to transpire, meaning some of the hysteria around the film was a bit silly, in hindsight. It’s still a divisive film, sure, and might spark heated debates, but to declare it as still controversial might be too much.

Like The Last Temptation of Christ, Monty Python’s Life of Brian caused a good deal of controversy upon its release. It’s intended as a parody of biblical epics and a takedown of religious fundamentalists who exploit people of faith but was seen as being a film that mocked Jesus Christ himself.

The titular protagonist does get mistaken for Jesus, but otherwise, the film really isn’t about Jesus and doesn’t specifically target or ridicule him. Later viewers understood the film better and realized who the humor is targeted against, meaning it’s not nearly as controversial or “blasphemous” by today’s standards.

Modern-day viewers may be surprised to hear that the iconic, critically-praised Citizen Kane was controversial when first released over 80 years ago. After all, it doesn’t contain any content that’s particularly violent or confronting, being about the rise and fall of a wealthy media mogul: Charles Foster Kane.

The controversy arose from how some viewed the film as a thinly-veiled depiction of William Randolph Hearst, a real-life businessman and newspaper publisher who strongly objected to the film and its parallels to his own life. The film has endured while that drama has not, seeing as Hearst himself passed away in 1951, and many who watch Citizen Kane nowadays may never have even heard of the film’s (alleged) inspiration. Still, the furor Citizen Kane caused upon its release is well-documented, and has become another part of the famed film’s legacy.

NEXT:From ‘Star Wars’ to The MCU: Movie Plot Twists That Shocked and Awed No One