Knock at the Cabin Trailer 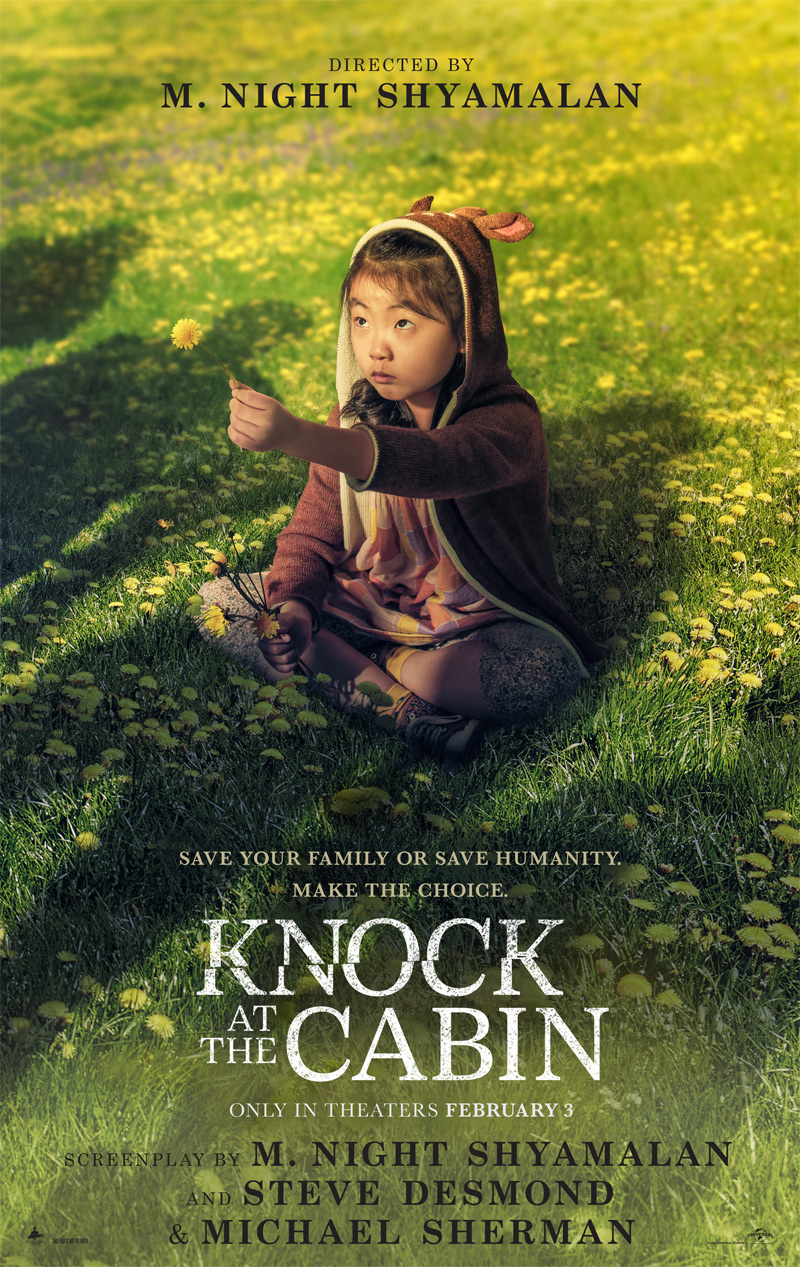 Knock at the Cabin Movie Poster

Knock at the Cabin‘s plot synopsis: based on the novel The Cabin at the End of the World by Paul Tremblay, “While vacationing out at a remote cabin, a young girl and her parents are taken hostage by four armed strangers who demand that the family make an unthinkable choice to avert the apocalypse. With limited access to the outside world, the family must decide what they believe before all is lost.”

“A trailer (also known as a preview or attraction video) is a commercial advertisement, originally for a feature film that is going to be exhibited in the future at a movie theater/cinema. It is a product of creative and technical work…Trailers consist of a series of selected shots from the film being advertised. Since the purpose of [this advertisement] is to attract an audience to the film, these excerpts are usually drawn from the most exciting, funny, or otherwise noteworthy parts of the film but in abbreviated form and usually without producing spoilers. For this purpose the scenes are not necessarily in the order in which they appear in the film. [This type of ad] has to achieve that in less than 2 minutes and 30 seconds, the maximum length allowed by the MPA. Each studio or distributor is allowed to exceed this time limit once a year, if they feel it is necessary for a particular film.”

Knock at the Cabin Trailer