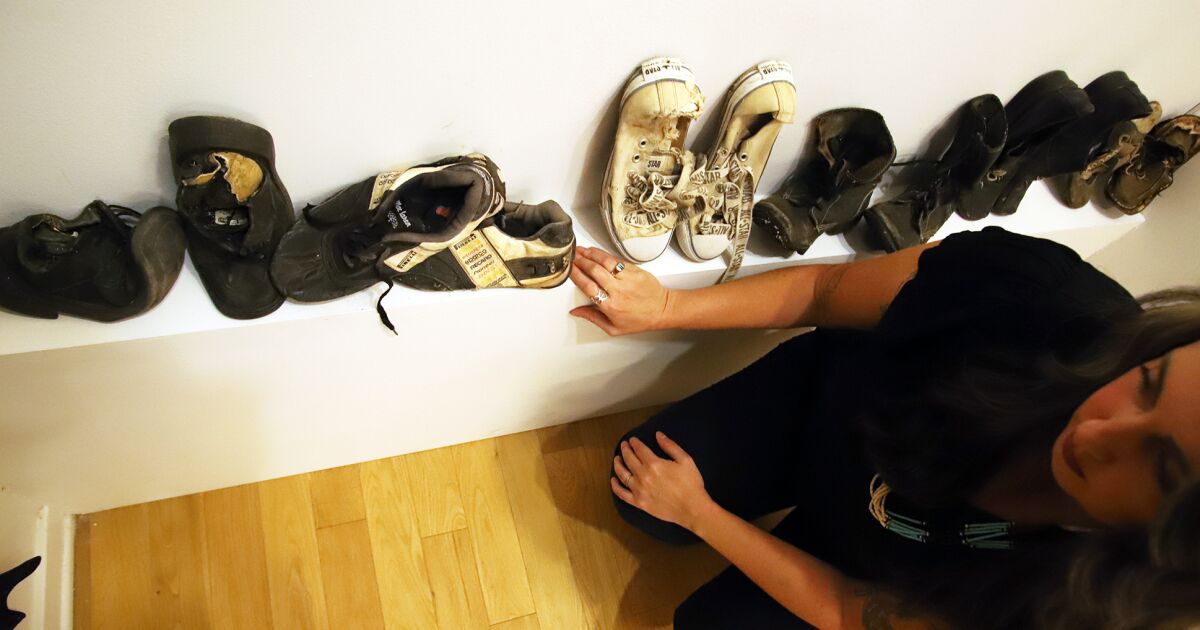 Traveling through the desert along the US-Mexico border, many immigrants know that they are prepared to survive, and even to death.

A water bottle wrapped in a little old cloth is crucial to keep it as cold as possible. Tennis shoes are the best for navigating endless dirt roads, if any roads exist. A broad hat can ward off the harsh sun and blinding wind.

The way is dug in danger: the sting of the scorpion, the bite of the snake, the ambush of the ambusher.

For many, the journey ends there. Discarded shoes or a backpack filled with personal documents and photos of loved ones may be the only sign that the trip was ever made.

Since the 1990s, nearly 4,000 migrants have died trying to cross Arizona’s Sonoran Desert, and the number is increasing. Knowing the names of some of the dead, and the visible things left behind, can be shocking. But immigrant advocates and academic researchers say it’s essential knowledge for U.S. citizens and elected officials who make policy — and political opportunism — about what happens at the border.

But LA Plaza de Cultura y Artes According to Placita Olvera in Los Angeles, the new exhibition gives voice to the many migrants who try to cross this difficult land. But the curators “The Infested Land 94: Undergraduate Project” Would that they had not such a deadly land to revisit.

The multimedia exhibition, which took place on Sept. 17 opened and will run through July, it commemorates the journeys and testimonies of immigrants who try to cross this dangerous stretch, through testimonies, films and photographs, lost belongings and other materials.

Additionally, a 16-foot wall map of the Arizona-Mexico border is available, with tags depicting hanged men who died crossing the border between the mid-1990s and 2022. The tags are geolocated to indicate the exact spot where remains were found.

Jason De Leon, a UCLA anthropologist and executive director of the Project on the Undocumented and the Colibrí Center for Human Rights, said his goal was to never organize such an exhibition. Existence bears witness to a perpetual calamity.

“We’re talking about a thousand deaths,” said De Leone, who worked on the show alongside Michael Wells, co-curator and photographer; Austin Ella Shipman, assistant director and co-curator; and Perla Torres, director of the family network of the Colibrí Center for Human Rights. A fun exhibition in partnership with the LA Plaza curatorial team led by senior curator Karen Crews Hendon.

“There’s a lot of discussion about border security and the polar issue, it’s becoming political, and yet nobody really understands what’s going on in those areas,” De Leon said.

A crucial turning point in US immigration policy occurred in 1994, when the United States Border Patrol formally implemented an immigration enforcement strategy known as “Prevention through Deterrence.”

Designed to discourage immigrants from crossing borders near urban ports of entry, the policy had the effect of funneling migrants through more remote and dangerous gateways such as the Sonoran Desert, leading to huge increases in the annual death toll. Most of the victims died from dehydration and hypothermia.

“This policy was nothing more than a weapon against migrants,” De Leone said. “They shall not be deterred lest they die.”

In 2009, De Leon began making incursions into the desert to recover abandoned artifacts that highlighted the social and economic situation after the migration. He collected everything, including clothes and tires on Border Patrol vehicles. Some of their art made it into the show.

Wells said one of the show’s most important attributes is its diverse content. It contains not only photographs, but also video footage of different dangerous environments that migrants must overcome to reach the United States.

The exhibition also allows visitors to hear the stories of migrants in their own words.

“The goal is to show the different angles and perspectives that exist for the perfect immersion of the community, since there are those who have only heard about the subject, but do not really know how sad and wonderful the visions and stories are.” He said to the well.

As part of the exhibition, visitors can create tags to locate bodies that have been discovered this year.

Hendon Associates, of LA Plaza, said the plan aims to raise awareness and provide an opportunity to heal families who have suffered the most painful loss of loved ones due to an inhumane system.

“We are talking about a humanitarian crisis and a political issue that has affected thousands of families. If we don’t see it and don’t talk about it, no change can happen,” Hendon said to the crew.

“Policies and laws can also cause a lot of pain, and deaths, as we see here,” he said. “These deaths could have been prevented.”