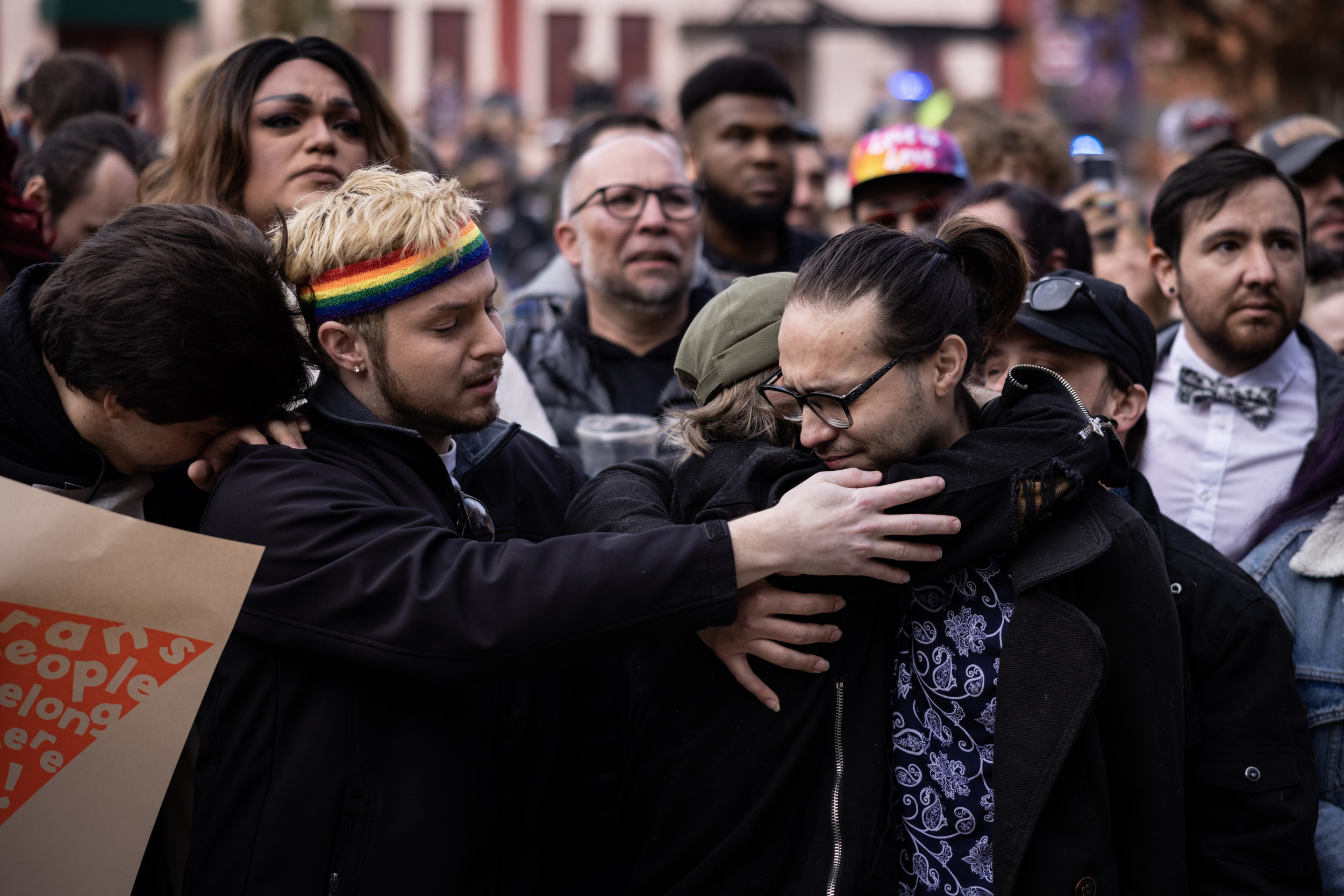 The fatal shooting of five people at an LGBTQ nightclub in Colorado Springs on November 19 by 22-year-old suspect Anderson Lee Aldrich, a member of the Church of Jesus Christ of Latter-day Saints (LDS), was something Mormons did. They “fear” it would happen at some point, members of the religious seeking community said Newsweek.

“Everyone in the queer Mormon community was afraid that something like this would happen because the dangerous rhetoric of Mormon leaders, combined with an armed crowd, is volatile,” said excommunicated Mormon feminist-activist and human rights advocate Kate Kelly.

“As a former Mormon missionary, I recognize the clear connection between murderous activities and the teachings of the Church,” Kelly said.

“In The Book of MormonIt is a very clear account of how it is permissible – it is also necessary to kill, if he would lead others to unbelief. Nephi 4:13 says plainly: Behold, the Lord slays the wicked, that he may bring forth the fruit of his righteousness.

In a statement to Fox13 on Monday, a spokesperson for the LDS Church said the alleged shooter at Club Q was a member of the group, but “has been active for some time.”

The spokesman added: “The sense of violence in Colorado Springs is a matter of great sadness and concern for us. We are deeply troubled by any violence in our communities, and we especially condemn acts of violence that result in intolerance against God’s children.”

The spokesman said it was a “problem” to blame Mormons for the actions of a person who “did not show signs of belief or communicate with members of the Church.”

The LDS Church, traditionally hostile to the LGBTQ community, was making positive reforms in favor of gay people. In 2016, the church opened its doors to LGBTQ individuals. Three years later, he repealed a 2015 rule banning baptism for children of gay parents and saying same-sex marriage should be strictly punished by the Church.

Although the Church still considers married sex to be a sin, before the month of November, it goes The Marriage Act was held in reverenceprotecting same-sex marriage. The church added that despite Mormon doctrine not changing, LGBTQ people have gained rights.

However, former Mormons, including Kelly — who still considers himself a Mormon despite being excommunicated from the church — believe there is a connection between the shooter’s actions and the church’s anti-LGBTQ tradition.

Kelly said: “I think the relentless anti-human rhetoric of the Mormon Church has motivated murderous actions. Last year, Mormon Apostle Jeff Holland was encouraged by the U. [Brigham Young University, a private research university founded by the LDS Church] the disciples to take up arms against the complaining people.

“Yes, you are one of the most powerful men in religion, speaking in a very serious place, openly calling for violent revenge,” he added.

Newsweek reached out to The Church of Jesus Christ of Latter-day Saints in the US and the UK for comment.

Queer author RS Thomas Mormon was brought up to the 14th century, when he “emancipated” himself shortly before joining the “priesthood,” which he described as “the greatest of uneducated youths.”

Thomas said in his church Newsweek“Don’t preach from the platform violent LGBTQ, To say that they were horrible whispers, That they scare your kids.

“The very life of the children is endangered by all the vile and horrible predators.” In my Mormon family there were ‘evil and blasphemies against God’, and violent action against all gaieties, if by any chance a meeting was incited. God would have it that way,” Thomas added.

Thomas said he doesn’t know how much Aldrich was moved by the Mormon church, but added that gay people are viewed very negatively in the Mormon tradition when he experienced it in the North Idaho community.

“I’m really afraid that something like this can happen again, especially with backwoods places like the one I went to church with. The Mormons in Utah hate gays in the beginning, but the ones in Idaho, for example, are much more militant, and many embrace their gun culture.” , Thomas said.

“Now they almost owned my little town—Bonner’s Ferry, where the library was just thrown away for “grooming,” with Mormons occupying almost all the positions of authority, including the magistrates and elected officials.

“You see, this is a small town, and there was absolutely no LGBTQ community within miles to be targeted. The only teacher I knew was a lesbian, and she was forced to move.”

“Near cities like Spokane were our version of Sodom and Gomorrah,” Thomas added, “and many of my leaders would talk about taking trips there to do violence to anyone they saw. I was never included in one of these trips, but obviously. It took place.”

Thomas said some of the homophobic rhetoric shared by the LDS Church had a significant impact on him, adding that “the hatred that the church has put on me affects my whole life.”

When speaking to a reporter, Brink said he was relieved to know Aldrich was not gay, adding: “We don’t do gay” and “Gay is bad.”