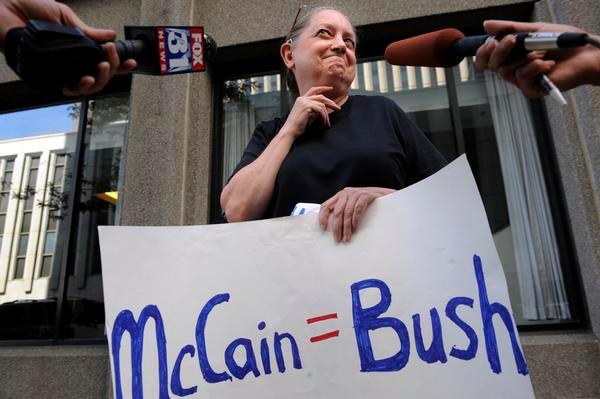 Carol Kreck, a former Denver Post reporter who served the newspaper and its readers for more than three decades, especially as a longtime advocate for the pulse she created at the paper, died suddenly Monday at her Denver home. She was 75.

Kreck started at the Post on October 20, 1969, and the newspaper on July 4, 2003. Kreck worked in the paper library and as a reporter and reporter during his career. Kreck, in 1987, won the championship at Posta. He covered his deeper reports public behavior around childrenfoster care, child care, access to child health care, maternal substance abuse, migrant children and more.

An example of Kreck’s work includes the summary of this October 1989 story: “Desperate to send heroin, Carol destroyed her syringes, the drug dealer told her not to call anymore. Then Crocus opened Pages and started dialing drugs. She called five or six before she realized there was no place on the phone.” Colorado for poor, drug-abused women; one hospital told her it would treat her for $3,000.” Carol, the subject of Kreck’s story, began working at AIDS Prevention, a Denver-area program for women ex-criminals and prostitutes.

In June 1992, Kreck was one of 17 people honored by then-Gov. Roy Romer and his wife “Bea” for her widespread reporting and stories about children’s issues. The awards ceremony is titled “The Awakening of Colorado: Research into the Future of Our Children and Families.”

In December 1994, Kreck was honored as a “champion for children” by the Colorado Children’s Campaign.

“Children’s coverage is a special wage,” Kreck told me at the time, when she was a mother of two teenage daughters. “What reporter could not kick without covering diligence, justice, courts, council at the same time? Even though I’m having a great time, it’s still nice to be recognized.

She was born on the 20th of September. 1947, in East Lansing, Mich., to Robert and Hope Lowe, two World War II naval veterans. The family moved to Lakewood in Carol’s youth. Kreck earned a degree in criminal justice from Metropolitan State College.

On June 4, 1977, Carol Lowe Dick Kreck, a former Post columnist, boarded the Rio Grande Zephyr as the train was put through Colorado’s Moffat Tunnel. The couple, who had two daughters, later divorced.

After Post’s departure, Kreck became a librarian and became involved in civic affairs, including a 2008 political convention in Denver, where Republican Sen. John McCain appeared. Kreck, who carried a sign that said “McCain = Bush,” was cited for trespassing. She filed a 2010 lawsuit in federal court against the city of Denver and its officers, whose constitutional rights were violated. The case dismissed by US District Judge Lewis Babcock in January 2011.

Kreck was a petite woman, with a bright smile and a big laugh. At the time of his 2008 civic brush, a YouTube video of him from the Denver Performing Arts Complex, where he held a political town-hall, had more than 102,000 hits. A national television political commentator referred to her as the “Democracy Superhero”.

“We were raised to be a man who really fought. He wanted to be known as ‘granny bandit,'” Molly Kreck, her daughter.

Before marijuana was legal in Colorado, Kreck grew plants in his backyard, for medicinal use, for a friend who was fighting cancer, Molly Kreck recalled. After harvesting and cleaning the plants, Kreck wanted to dispose of the stems and leaves, but refused to put them in the garbage, reasoning that it would lead to his arrest. But he rejected it in the hearth of his house in July.

“There was smoke all over Park Hill,” Molly Kreck said with a laugh.

In 1973, Kreck ran away with the circus in town and became a clown for the play’s features. In the early 1980s, Kreck wrote a story about the fact that there were no women at Mile High Stadium working as beer vendors during games. After the story was published, Kreck worked for a day selling beer at the stadium – the first woman to do the exhausting, suds-slinging job.

Virginia Culver, a former longtime religion writer for the Post and a friend and colleague of Kreck’s, was attending the court hearing when the case was still pending in Denver.

“He had to stand in the court. She was about 4 feet tall, and her defense attorney standing next to her, she was over 6 feet tall,” Culver said with a chuckle. “She never wavered from being a really, really strong Democrat.”

Culver recalled having breakfast at a restaurant on the 16th Street Mall where the music was playing too loudly. The two friends spontaneously, and with a loud voice, break into song. He turned back into the restaurant.

“He was a really, really fun person,” Culver said. “We’ve been friends for so many years.”

When Denver Post Editor Lee Ann Colacioppo started at the Post in 1999, she worked directly with reporter Kreck.

“Today, when you look at Carol Kreck, you mostly see stories about her arrest as a protester outside John McCain’s town hall. That understanding certainly spoke to the stubborn, determined, and passionate nature of the first years I worked at the Post. But I hope she’ll also be remembered for the tough stories she’s writing, especially those focused on social and youth justice,” Colacioppo said.

“She approached her office every day wanting to make the world a better place and as I picture her now, I see her in the back of the phone booth, talking to one of the many, many sources that had been piled on her over the years. They trusted those people because they knew they were cutting corners and not to get something between her and the story they were pursuing. She made me a better editor, and I think in her efforts to make this city better.

Kreck is survived by his daughters, Molly Kreck of Denver and Caitlin Kreck of Colorado Springs; his brother Roger and his companion Sophia; former husband, Dick; stepson, Kevin Kreck of Colorado; a stepdaughter, Valerie Amburn of Denver; and five grandchildren. Kreck’s body was composed.

She was our matriarch; this was our true north star,” Molly Kreck said.

Family and friends will gather to celebrate his life at noon on December 3 at the Owl Saloon, 5026 E. Colfax Ave. Readers and the public are welcome.